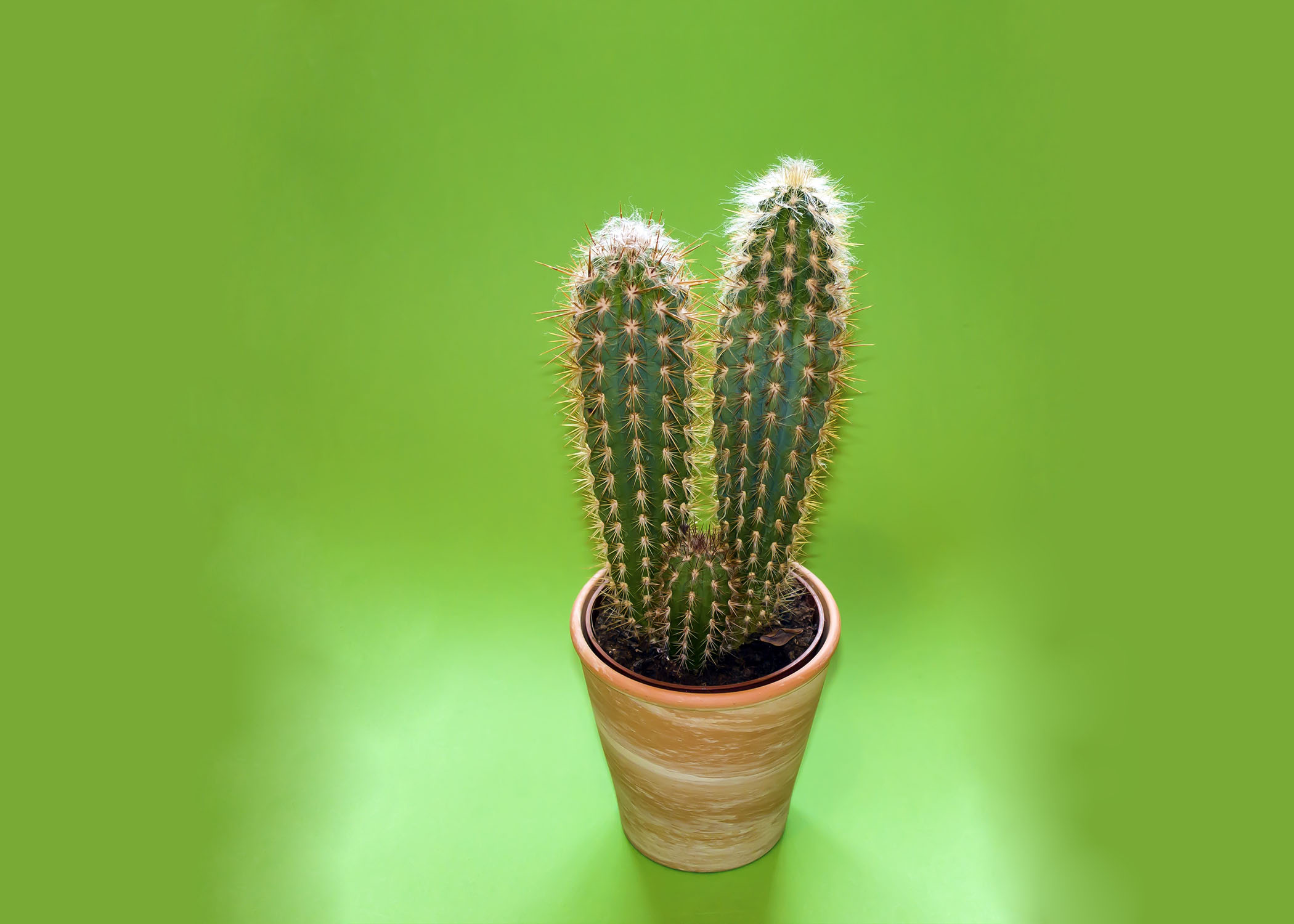 By an anonymous author.

My mother loved cacti. Everywhere she lived she planted those thorny plants. It seemed like the prickliest ones were her favorite, and I their victim. When mom sold her home and moved into a senior apartment complex, she replanted several into pots and, of course, they went with her. One of those cacti was a Saguaro about three feet high at the time. For years the Saguaro stood stately on her enclosed front patio, loving the sunshine and growing until it was over eight feet tall.

During my visits mom would often comment that she had asked my brother, the apartment manager, to transplant it in the complex’s backyard but it still stood on her front porch. One day, on the spur of the moment, I promised to transplant it with my brother’s help the next time I came to visit.

After I left my mom told my brother and, of course, he promised to replant it, stating he didn’t need my help. Sibling rivalry? My brother is six years older than me.

A few weeks later I called and said that I was on my way. Hearing I would soon arrive, my brother grabbed a shovel and dug a hole in the backyard. It was about half the size of the pot in which the cactus was surviving.

After greeting my mom I retrieved the shovel from the laundry room and proceeded to dig a much larger and deeper hole. Finishing the task, I rejoined my mother in her downstairs apartment.  After I cooled off, I made our lunch and enjoyed my mother’s company as we savored our food. She, in her late eighties, was delighted that my promised arrival had spurred my brother into action. It seemed there was still sibling rivalry after all of those years.

Finishing lunch, my mom and I went outside and found my brother had dragged the heavy potted cactus into the backyard by himself. There he stood out-of-breath, sweat pouring down his face. Seeing the size of the pot, I enlarged the hole and dug it still deeper, making it three times larger than the size of the Saguaro’s container. My brother stared at me with his oh-so-familiar look. I must admit a sly smile crossed my lips as I turned away.

My brother laid the pot on its side, trying to avoid the spikes. Then, it was my turn. “Ouch!” I yelped more than once as I struggled to pull the pot out from the mass of entangled roots. Finally the cactus broke free.

Now the problem was getting the plant into the hole without becoming a bloody pincushion in the process. As I sat down to push the Saguaro into the hole with my shod feet, my hind end was punctured by a clump of thorns. Again, I was reminded why I never planted cacti in my own yard.

Finally, drenching in sweat with the task completed, mom and I returned to her cool apartment, along with my brother. After sundown I left for home. While driving I pondered over several questions: The Saguaro had never bloomed. Would it survive its ordeal, being transplanted in the heat of summer? Would it thrive? Would it bloom?

Returning a few weeks later I was greeted so enthusiastically by my brother that his behavior surprised and puzzled me. As he led me into the backyard, there stood the Saguaro alive! As we returned to Mom’s apartment, my brother said, “Wait until the sun sets. I have something to show you.”

After sundown he came downstairs and the three of us journeyed to the backyard. There, on that thorny cactus, were three of the most beautiful flowers, yellow in color with reddish stamens. The flowers were so big that my brother’s doubled up fist fit inside the flowers.

The episode of the Saguaro reminds me of our spiritual need. We are bound in a confining pot of selfishness with our roots intertwined in the maze of sin, a labyrinth of despair and fears. What we are desperately in need of is a transplant! Our enmeshed roots need to spread out by sinking deep into the rich soil of God’s Word. Then, in the sunshine of His love and the outpouring rain of His Holy Spirit, we will blossom with the fruit of His Spirit, which “is love, joy, peace, longsuffering, kindness, goodness, faithfulness, gentleness, self-control” (Galatians 5:22, 23). How awesome these spiritual flowers are! And they will never quit blooming throughout eternity!