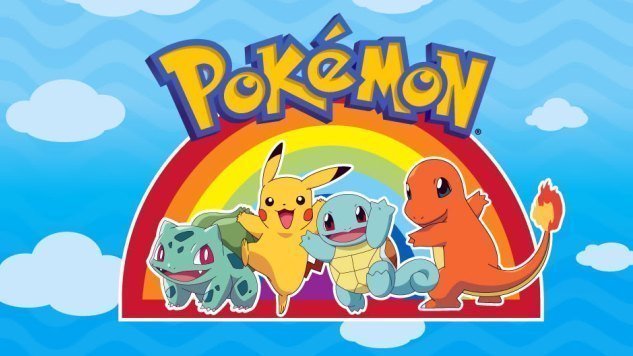 A Former Witch Doctor Shares His Thoughts About Pokémon

There was only one thing in the world for which a 7-year old Dutch girl would get up at 6 am and turn on the TV: Pokémon. Even though I was not raised a Christian, my parents did not like the idea of me and my brother watching animals fighting each other. Too much aggression, they said. So the only option was to sneak out of bed, turn on the TV and watch Pokémon before my parents would wake up. They became a bit more mellow later on, and my brother was allowed to have Pokémon cards. I even borrowed a Pokémon Diamond game for the Nintendo GameBoy Color from a friend (which I forgot to return and kept for years). My childhood truly was all about Pokémon. But we all get older, and I had already forgotten about these little creatures. But then came Pokémon Go. Is the world hooked? Not a doubt.

During staff worship at It Is Written this morning someone shared a story that I found quite shocking, and I think it’s a story worth sharing.

As a missionary working with the Yanomamö, I am constantly reminded that when it comes to spiritual matters, I am not the expert.

Bautista was an ex-witchdoctor. He accepted the gospel of Jesus Christ many years ago when my parents first started working with his tribe back in the early 1950s. Although still a young man when they arrived to his village, he was a witchdoctor of considerable fame.

He had already attained to the highest level known as “ijiluwalewä, or “child-eater,”because he could attack other villages in the spirit world stealing the souls of a child there, causing the child to die. These souls were given to the many cannibal spirits who were his accomplices in this “murder.” The soul would then be eaten by these demon cannibal spirits. Although having attained the highest he could go, by his own admission, he was being overwhelmed by the bondage he was under even before he heard about the saving power of the gospel, so once he clearly understood that Christ was the only way to be freed from this bondage, he accepted Christ’s claim on his life and his life has never been the same.

One of the times I was reminded of his expertise in spiritual matters was a couple of years ago. We had been in the jungle many long weeks with no mail from home when the plane landed bringing us a package. I was excited as I took it home. “Look Hon, a package from the one of our churches!”

I gave her the package and she opened it up; she, as excited as I was. Enclosed was a book.

Now that in itself was a big enough disappointment because I wanted some “real mail” but when I saw the cover, I was even more disappointed, it was a book on the pokeman cartoon characters. I am old school on cartoons (Bugs Bunny, Road Runner and their friends) and really don’t get into any of the new ones, especially ones that look as ugly as these did. Then we noticed there was also a letter enclosed with the book and we read it together.

“Dear Mike,” it said, and went on to tell how the church was having a discussion about pokemon, with the church divided about this “toy.” So they were sending this book of all the pokeman characters to me asking me to have Bautista look at it and see what he thought about the characters.

Well, that was more interesting than just having a book of ugly cartoons for the boys, but to be honest, this was pretty low priority for me. We are extremely busy in the jungle and I did not see any sense in this book. But one day while I was talking with Bautista, Keila remembered the book and ran upstairs to get it. She handed the book to me.

Opening the book at random, showing him a picture I asked. “What do you think of this?” He looked at it, and said, “Oh, I know this one.” He suddenly had my attention!

He went on, “Oh, this is a nasty little demon. It is always underfoot, bites, scratches, screeches and what not.” I looked at the page, and on the list of attributes, the book said, “bites, scratches, screeches, claws…” and I forget what else, but it was as if Bautista was reading the page, and he does not read or speak one word of English. He made a believer out of me.

I figured that the first one could have been just a lucky guess, so I flipped the page to another picture and asked him about that one. Again, he told me exactly what it’s attributes were. He did that over and over.

There were some he did not recognize, and he said. “There are so many demons, it is impossible for any one person to know them all.”

This was huge! I ran upstairs and got our youngest son, who did happen to like the pokeman cartoons (his aunt sent him VHS tapes of them). When he got downstairs, I had Bautista flip through the book again, explaining to my son what he knew about these ugly little pictures.

Well, he made a believer out of Stephen! He went back upstairs and came back down with his prized tape and while we watched, destroyed it. Bautista looked on with curiosity, not really understanding what Stephen had just done. I quickly brought him up to speed and thanked him for helping to open our eyes.

Bautista added, “Tell the people from your churches, that if there are things that make them feel uncomfortable, it is probably not good. God’s Spirit will speak to them about what is right and wrong.”

From the book Spirit of the Rainforest by Mark Andrew Ritchie