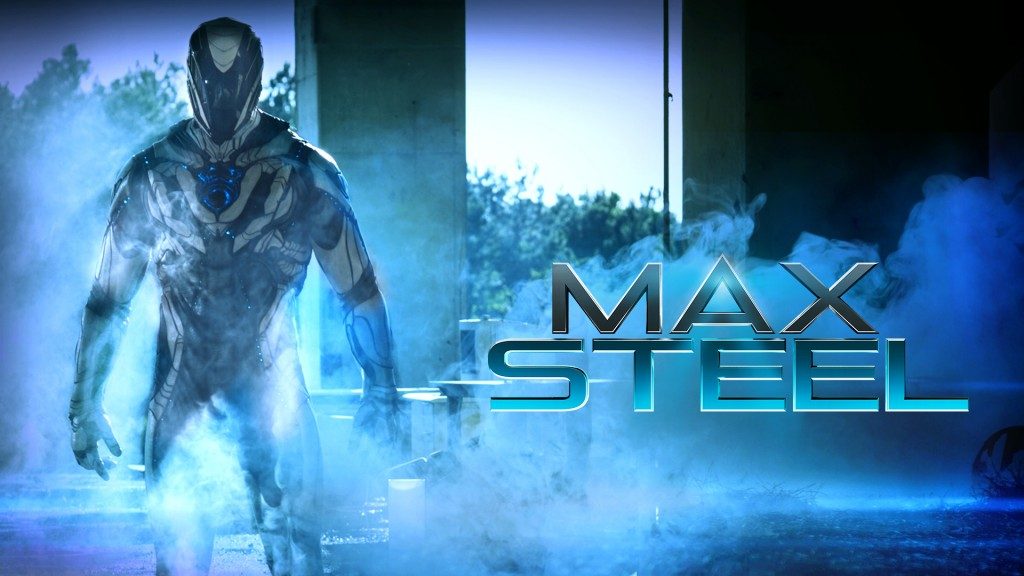 It all started with an action figure for kids, but the Max Steel franchise has become a lot bigger than that. With a comic book and an animation series on Cartoon Network and DisneyXD, you would think that toy company Mattel has reached its limit. But the contrary is happening. In three days the new Max Steel movie will be released, with the same storyline as in the original comic book, a storyline not from this realm.

Let’s start with Maxwell McGrath (Max). In 1997 Mattel decided to produce an action figure whom everybody could relate to: a normal teenage kid who had lost his father at an early age, and was now daily struggling with his identity. But Max is different. After doing much research, he discovers that his father, Jim McGrath, was actually an alien from the planet Takion, who had escaped the destruction of Makino, another alien. When Jim came to planet earth, he founded N-Tek: a secret organisation with high hopes of defeating their arch enemy.

Does this sound familiar to you? You might have read this story in the Bible:

And there was war in heaven: Michael and his angels fought against the dragon; and the dragon fought and his angels, And prevailed not; neither was their place found any more in heaven. And the great dragon was cast out, that old serpent, called the Devil, and Satan, which deceiveth the whole world: he was cast out into the earth, and his angels were cast out with him. Revelation 12:7-9

Eastern mysticism and astrology
When we dig deeper into this plot, you will see more and more parallels coming to the surface. Makino for example, is created, just like Satan. While an evil scientist was doing some research on floating technology, he made Makino with the ability to absorb and expand. This man’s assistant warned him of Makino’s power, and advised him to destroy him before it’s too late. But the scientist would not listen. Makino could not be destroyed, he said. He was indestructible. Soon Makino took control of the scientist’s body and absorbed the assistant. With control of this man and the ability to absorb and expand, Makino became the world’s worst nightmare.

Together with his army of Ultralinks (very powerful aliens Makino created), Makino takes over the universe, absorbing and expanding anything in its way, including planets. A group of these Ultralinks is worth noticing: the Elementors. These aliens have fused with the elements of planet earth. They consist of water, earth, fire, air, and metal. All these elements can also be found in the martial arts, eastern mysticism, and Roman and Greek astrology. As explained by Eric Wilson from Isaiah Ministries—who had reached black belt in different arts—these elements are nothing more than symbols for heathen gods or demons of the Romans and Greek. 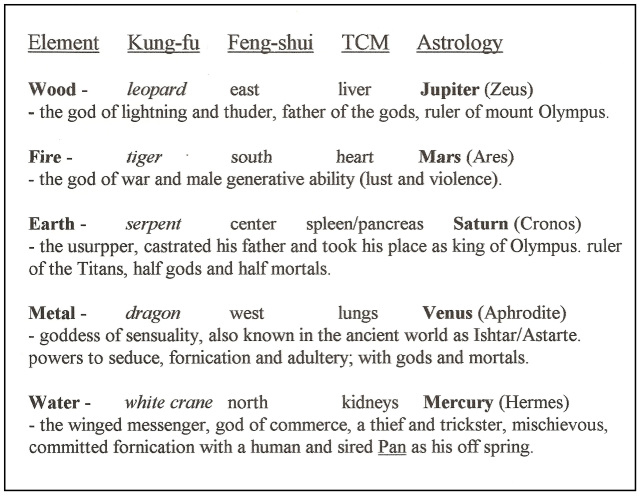 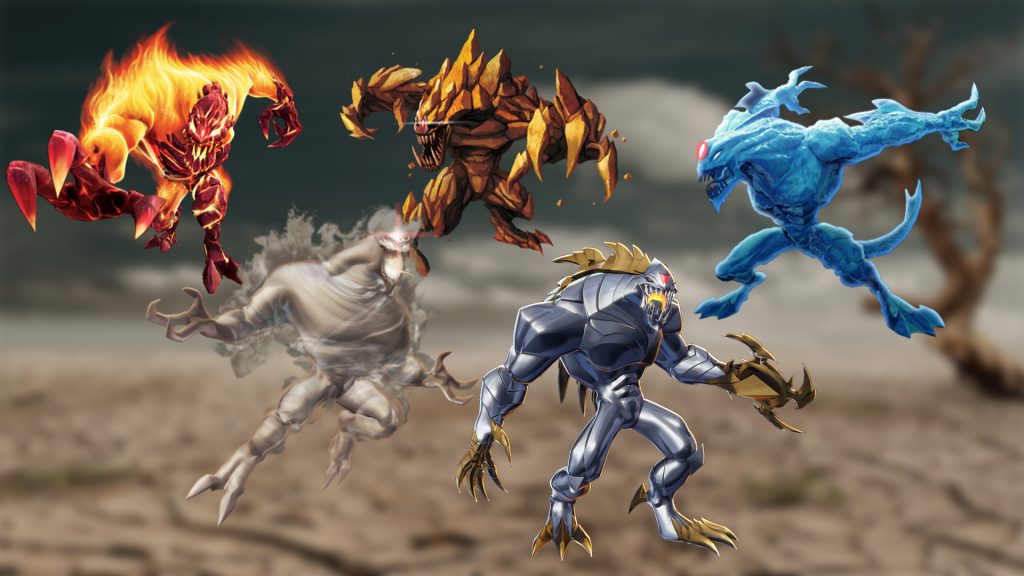 Zeus, Highfather, and Takion: the many forms of Satan
Takion was one of those planets Makino tried to absorb. We won’t have to look long to figure out the meaning of this planet’s name. Takion is the title of a comic book series by DC Comics (the same publisher of Max Steel), about an evil creature with the same name. 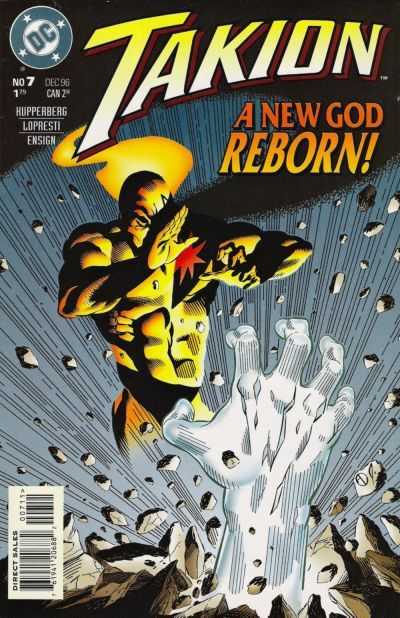 Takion is often portrayed with lightning around him. According to an official DC Comics profile, he is able to manipulate energy in all its forms. Satan is described in the Bible as being cast out of heaven as lightening.

And he said unto them, I beheld Satan as lightning fall from heaven. Luke 10:18

Takion is actually the blind psychologist Joshua Sanders, who was chosen by an alien called Highfather to become an elemental of the Source. As Takion, Sanders was given ability to manipulate the Source. So who are Highfather and the Source? Highfather is the ruler of the New Genesis and the leader of the New Gods. He is a Zeus-like figure, whose name is actually Izaya, a phonetical version of the Biblical Isaiah. Just like Isaiah, Izaya was someone who fought for peace. Who is our high Father? God is. He is also a creator and the ruler of a new genesis, as genesis means beginning, and God will make all things new in heaven (Revelation 21:5). So we are dealing with a Godlike figure here. But then the characteristics of Zeus come in to play. The Greek god, as we explain in our documentary The Replacement gods, had many Satanic aspects. Zeus is known as the king or prince of the air. So is Satan.

And you hath he quickened, who were dead in trespasses and sins. Wherein in time past ye walked according to the course of this world, according to the prince of the power of the air, the spirit that now worketh in the children of disobedience. Ephesians 2:1, 2

Antipas, one of the first martyrs of the Christian church, was killed because he refused to worship Zeus. The Bible speaks of this incident in connection with Satan.

I know thy works, and where thou dwellest, even where Satan’s seat is: and thou holdest fast my name, and hast not denied my faith, even in those days wherein Antipas was my faithful martyr, who was slain among you, where Satan dwelleth. Revelation 2:13

And of course, Zeus is the god of thunder, just like Satan is associated with thunder (Luke 10:18).

The source of life becomes evil
So what about the Source? According to DC Comics, the Source is a being that released the God Wave and empowered DC’s gods and super humans. In other words, the Source made these beings divine. It is the source of all divinity. Later the Source was attacked by three gods of the third world and was split in two: the good and light side of the Source, and the Anti Life Entity. The Anti Life Entity can easily destroy the entire universe. It is also called death and fear by one of the comic book’s characters.

Again we see many similarities with our creator, as God is the source of life of all that exists (John 1:4). But here comes gnosticism again. According to DC Comics this Source is attacked by three gods, or a trinity. It is then split up into a good and a bad side. The only one in the Bible who is attacked by a trinity (God the Father, God the Son, and God the Holy Spirit) is Satan. But Satan was never split up into a good and evil side, he is purely evil.

Ye are of your father the devil, and the lusts of your father ye will do. He was a murderer from the beginning, and abode not in the truth, because there is no truth in him. When he speaketh a lie, he speaketh of his own: for he is a liar, and the father of it. John 8:44

So what we have here is Highfather, who has many Godlike characteristics (but also Satanic), who gives power to a man to become a Satan-like god (Takion), so that he can manipulate the Source, or God. As if this wasn’t confusing enough, Sander’s first name Joshua means ‘Yahweh is salvation’ in Hebrew, confirming that Highfather is like God. The bottom line is: Satan is in control and God is under attack.

Satan rules in heaven
Now that we have figured this all out, what can we say about Takion, the planet of Jim McGrath? Well, we figured out that the god Takion is like Satan. We could then say that Takion is a place under control of the devil. But that’s not the only Biblical parallel.

Going back to the Max Steel story, it is Makino, that being created by an evil lunatic scientist, who tried to take over this planet by completely absorbing it. There are only a few survivors who escape to planet earth, Makino’s next target. Who decided to take over the earth in the Bible? Satan. But before he made war with earth’s citizens, he was in heaven, fighting over rulership.

And there was war in heaven: Michael and his angels fought against the dragon; and the dragon fought and his angels, And prevailed not; neither was their place found any more in heaven. And the great dragon was cast out, that old serpent, called the Devil, and Satan, which deceiveth the whole world: he was cast out into the earth, and his angels were cast out with him. Revelation 12:7-9

Takion must be similar to heaven then, but in this comic book, it is Satan who is in control, as the planet is named after this other Satan-like cartoon figure. This makes Makino like the devil as well, as he is trying to take control of this planet or heaven. The scientist, who was a creator, must then be like God. Even the fact that he is a humanoid is very significant. A humanoid, according to the Oxford dictionary, is something that “has the appearance or the character resembling that of a human”. Who is like a human? Jesus is. Though He is God, He still has a human body. He is also our creator. Notice how in the following verse it says us, not me or I. It was the trinity that created, all members of the Godhead together.

And God said, Let us make man in our image, after our likeness: and let them have dominion over the fish of the sea, and over the fowl of the air, and over the cattle, and over all the earth, and over every creeping thing that creepeth upon the earth. Genesis 1:26

In Max Steel it is not Makino who is cast out. In this story, the devil wins. The surviving humans are kicked out, including Jim McGrath, Max’s father.

Max becomes the savior of the world
After the destruction of Jim’s home planet, he starts N-Tek with his (human) wife Molly McGrath, Miles Dread and commander Forge Ferrus. Forge also happened to be Molly’s brother, Max’s uncle. Jim invents multiple machines in attempt to stop an attack on planet earth by Makino. Miles Dread, on the other hand, works on something else. He invents a machine with which he can absorb Jim’s T.U.R.B.O energy, and can have it for himself.

This energy originates from Takion and gives Jim amazing physical and mental capabilities. A test with this machine goes horribly wrong one day, and it ends up sticking to Dread’s chest. Jim almost dies during this accident. Dread flees and Jim is sent to a vacuum of space. Everybody thinks he is dead.

That leaves his son Max as the last person to save the world from Makino. There are many similarities between Max and Jesus.

Could this all be just coincidence? I don’t think so. Satan knows that his time is short and is seeking to deceive the whole world. If something does not come from God, who does it come from? Satan. There is no middle ground.

In our documentary The Replacement gods we reveal how many of these illustrators and writers are heavily into spiritualism, Satanism, and the occult. Many even admit that they receive inspiration for their stories through visions and dreams from the devil.

Not much is known about Richard Bruning, the author of the first Max Steel comic book and senior vice-president and creative director of DC Comics, only that he is a self-proclaimed Presidential Atheist on Twitter. But looking at the story he helped create, we can be sure he must have known quite a bit about the Bible in order to write such a gnostic story.