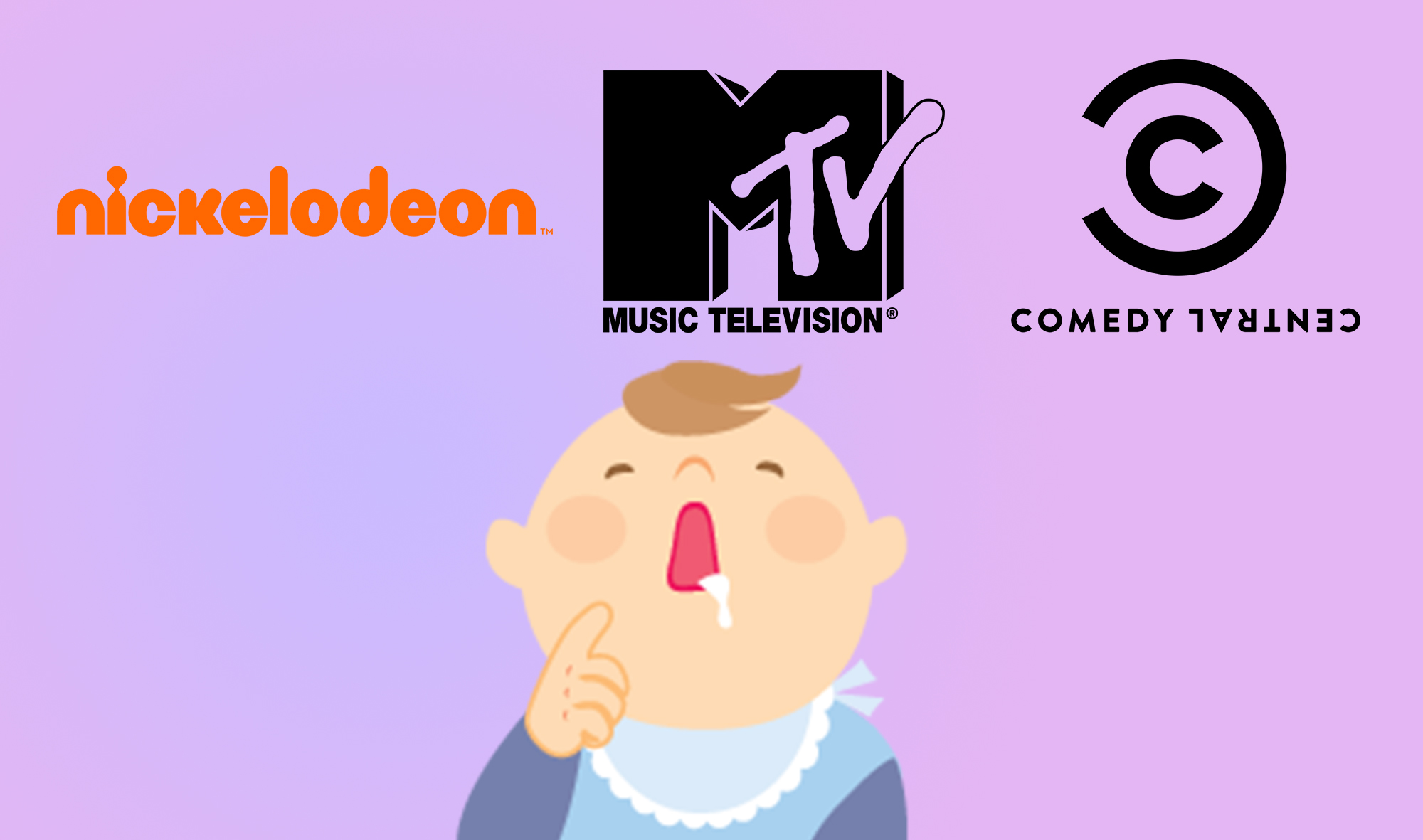 Train up a child in the way he should go: and when he is old, he will not depart from it. Proverbs 22:6

Satan knows the Bible and he knows it very well. It was by using Scripture that he tried to tempt Christ Who is the Word Himself (John 1:1-5). I can imagine Satan with a Bible in his hand, turning the pages, eager to figure out another way to make man fall. And then he stays on the page with Proverbs 22:6, calls for all his angels and says: “I have found what we’ve been looking for.”

You see when we raise up our children in the fear of the Lord, they can be powerful soldiers for Christ. But we can also choose to let somebody else or something else raise them for us.

When we look at the TV channels that one watches from birth to adulthood, it’s the Nickelodeon channels (children), MTV (teens) and Comedy Central (young adult). And guess what: all these channels are owned by one company: Viacom. This multimillion company also owns popular channels such as VH1 and CMT and is the big boss of the oldest film studios Paramount Pictures. That would make my jaw drop.

‘Serving’ children and families
Viacom is pretty clear about their interest in their target group, writing on their website that “most recently, Ms. Zarghami [President of Varicom’s Kids and Family Group] outlined Nickelodeon’s commitment to researching the newest generation of kids, the post-millennials who were born between 2005 to present, in order to best serve them and their families across its platforms”.

So how does Viacom ‘serve’ these children and families? Well let’s take a look at statements made by both the channels themselves and other professionals in the media industry. Important to understand is that I watched every single channel described below before I became a Seventh-day Adventist and chose to drop these things in ocean’s depths. Now I want to share with people how these channels affected me spiritually and how they still are a stumbling block to people today. It is Christ Who longs to set us free and bring us nearer to Him every day.

Nickelodeon: children’s channel
Nickelodeon is the most watched cable channel for over 20 years. With programs such as SpongeBob SquarePants, Kenan and Kel, Rugrats, Drake and Josh and Hey Arnold!, it keeps children attatched to the TV, and their minds in the world of Nickelodeon.

In the previous quote by Viacom we read that Nickelodeon is doing research to best ‘serve’ children and their parents. In a speech at a MIPCOM Junior 2008 event, Cyma Zarghami shares some of the discoveries made through Nickelodeon’s research, stating that post-millennials “have a voracious appetite for pop culture”. 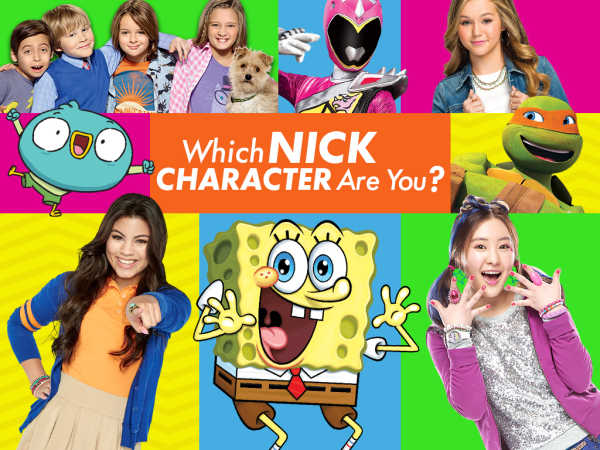 Pop culture: be part of the mass and change the norm
Pop culture, according to Philosophy Now Magazine, allows “large heterogeneous [not likeminded] masses of people to identify collectively. It serves as in inclusionary role in society as it unites the masses on ideals of acceptable forms of behavior. Along with forging a sense of identity which binds individuals to the greater society, consuming pop culture items often enhances an individual’s prestige in the peer group. Further, popular culture, unlike folk or high culture [art, classical music], provides individuals with a chance to change the prevailing sentiments and norms of behavior, as we shall see. So popular culture provides oppertunities for both individual happines and communal bonding.”

So pop culture is something that bonds people, makes them feel part of the mass and greater society. There is no individuality. That children nowadays are not interested in individuality is also a discovery made through Nickelodeon’s research.

In the Bible there are only two groups of people: Those who will stand for Christ no matter how much they are shaken, because they have a connecting relationship with Him, and those who will deny Him and not repent thereof. The Laodecians, the lukewarm Christians – the part that does not buy from Jesus gold tried in the fire – are also part of the second group.

When the Son of man shall come in his glory, and all the holy angels with him, then shall he sit upon the throne of his glory: and before him shall be gathered all nations: and he shall separate them one from another, as a shepherd divideth his sheep from the goats: And he shall set the sheep on his right hand, but the goats on the left. Matthew 25:31-33. (I would greatly encourage reading through verse 43 in your Bible.)

And unto the angel of the church of the Laodiceans write; These things saith the Amen, the faithful and true witness, the beginning of the creation of God; I know thy works, that thou art neither cold nor hot: I wert that thou wert cold or hot. So then because thou art lukewarm, and neither cold nor hot, I will spue thee out of my mouth. Because thou sayest, I am rich, and increased with goods, and have need of nothing; and knowest not that thou art wretched, and miserable, and poor, and blind and naked: I counsel thee to buy of me gold tried in the fire, that thou mayest be rich; and white raiment, that thou mayest be clothed, and that the shame of thy nakedness do not appear; and anoint thy eyes with eyesalve that, that thou mayest see. As many as I love, I rebuke and chasten: be zealous therefore, and repent.
Revelation 3:14-19 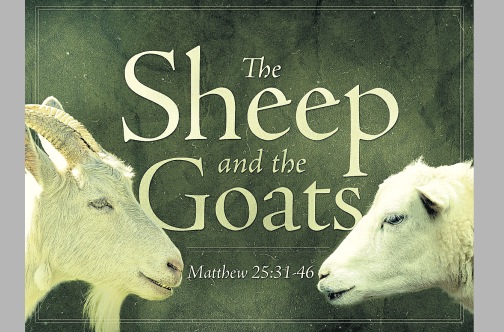 Another interesting thing about pop culture is that it has the power to change the “prevailing sentiments and norms of behavior”. I don’t think any Christian parent wants his child to change his behavior according to the world’s standard.

The grass withereth, the flower fadeth: but the word of our God shall stand for ever. Isaiah 40:8

But he who looks into the perfect law of liberty and continues in it and is not a forgetful hearer but a doer of the work, this one will be blessed in what he does. James 1:25

Consider how I love thy precepts: quicken me, O Lord , according to thy lovingkindness.  Thy word is true from the beginning: and every one of thy righteous judgments endureth for ever. Psalm 119:159-160

As the discovery of children having “a voracious appetite for pop culture” is part of the research Nickelodeon wants to use to “best serve children and parents”, could it be the number 1 kid’s channel is influencing children to be part of the greater society, to stick with the opinion of the majority and not stand apart for God, trampling on His commandments? Especially since pop culture “is informed by the mass media” (Bremmet, Rhetorical Dimensions of Popular Culture)?

Occult SpongeBob “the very essence” of Nickelodeon
In the same speech Zarghami also shares her excitement about SpongeBob, stating that “we do in fact live in a SpongeBob world, because our beloved sponge does capture the essence of what our brand really stands for.” 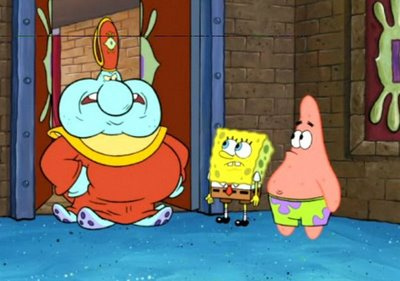 One of the most famous statements about the works of MTV has been made by founder and former President of the music channel Bob Pitmann:

“The strongest appeal you can make is emotionally. If you can get their emotions going, make them forget their logic, you’ve got them. At MTV we don’t shoot for the 14-year olds, we own them.” MTV is Rock Around the Clock, Philadelphia Inquirer, Nov. 3, 1982.

Sadly I was owned by MTV. I watched programs like Life of Ryan (about famous skateboarder Ryan Sheckler), The Hills and Teen Mom almost 24/7. When I would be off from school I switched on the TV with Ben & Jerry’s, KitKat or Maltesers keeping me company.

This was just a few years ago. When I check what programs MTV now broadcasts, it scares me. The most watched show is Teen Wolf, a reboot of the classic 1980’s cult movie by the same name. Then there is the incredibly popular 16 And Pregnant and Teen Mom and highly sexual shows such as Jersey Shore.

The verse keeps ringing through my mind:

And then I haven’t even mentioned the TV channel Logo, inspired by the LGBT community and with MTV President Stephen Friedman at its head.

Comedy Central: young adult’s channel
Then we finally grow up, we head off to college and leave our safe home and the guidance of our parents. What’s next to watch when you have outgrown MTV? Comedy Central it is. A good laugh once in a while isn’t so wrong right? But what is this dry and often cruel humor mixed with?

The most popular show on the channel, South Park, I remember as mocking pretty much every religion, including Christianity and our Savior. Here’s a discription of the show on TV.com: “South Park is a show about four boys; Eric Cartman, Stan Marsh, Kyle Broflovski, and Kenny McCormick. These four little fourth graders live in one messed up town. From talking poo to un-dead celebrities to a mystical land of imagination, they see it all. All that there is to say, is that no one is safe. Black, white, Jewish, Christian, Scientologist, and everything in between, this show covers it all, and it makes light of just about everything.”

Is this the spirit of Comedy Central we can find in most of its shows? When we look at comments made by the Parents Television Association (PTA), unfortunately we have to say yes. The organisation condemned episodes of the programs Tosh.0 and Roast, calling these the “Worst cable TV shows of the week” and judging its content as “unbelievably vile sexual” with “foul language and tasteless humor”. We haven’t even mentioned how the PTA described Southpark.

Viacom even claims on its website that Comedy Central produces “provocative shows”. The multi media company surely is bold to share what it’s going for, as it is with MTV.

Train up a child in the way it should go
It’s safe to say that Nickelodeon, MTV and Comedy Central are three extremely popular TV channels that raise a child to be ignorant of God’s principles, even abhorring them. The three babysitters unite, and not under the guidance of God to lead your kid to become a strong soldier for Jesus.

Heavy metal rockstar and Satanist Marylin Manson, whose music is widely spread through MTV, hits the nail on the head: “If somebody kills himself because of our music, then that’s one less stupid person in the world. … Raise your kids better or I’ll be raising them for you.” RIP, February, 1995.

May these words from the pen of Ellen White be an encouragement to each parent:

Light has been shining from the Word of God and the testimonies of His Spirit so that none need err in regard to their duty. God requires parents to bring up their children to know Him and to respect His claims; they are to train their little ones, as the younger members of the Lord’s family, to have beautiful characters and lovely tempers, that they may be fitted to shine in the heavenly courts.
Ellen G. White, Child Guidance page 13.

Further study
If you would like to learn more about media on the children’s mind and brain we would greatly suggest checking out Little Light’s Pseudology. Magic Kingdom is great to learn about the subliminal messages in cartoons and animation movies that affect children. For music please check out The Distraction Dilemma by Christian Berdahl and for a thorough study on the effects of media on the mind, Media on the Brain by Scott Ritsema is the series to watch. Good Fight Ministries has some great resources on Hollywood and celebrities.