The Notebook, The Last Song, Dear John, A Safe Haven, The Choice; do these movies sound familiar to you? Every woman has probably seen at least one of Nicolas Sparks’ film adaptions. It is safe to say that Sparks rules the market with his romantic books and movies. But what are these movies really saying? Are they just innocent love stories about people who are meant for each other, or do they have another underlying message?

Romantic comedies were definitely my favourite genre. I loved watching people fall in love and meet their destined partner, giving me goosebumps all over. I was completely drawn into the movie, even crying when John and Savannah in Dear John broke up, while he was fighting as a soldier in some Arabic country.

But who was I crying for? A couple who had known each other for two weeks, and then began a relationship that was so passionate, it was as if they had been married for years already. Such hasty relationships are not in line with God’s will. There were two institutions that God created in the beginning: the Sabbath and marriage. It was not good for man to be alone (Genesis 2:18), therefore He created a companion for Adam: Eve (Genesis 2:18-24). 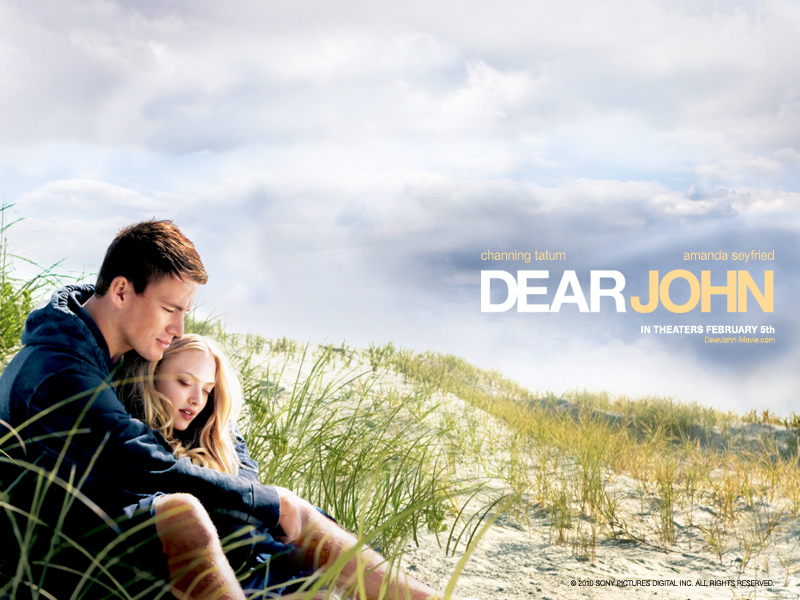 “Therefore a man shall leave his father and his mother and hold fast to his wife, and they shall become one flesh.” Genesis 2:24

If God made man and woman to one day unite in marriage, why should we be in multiple relationships, if we can just wait for the one God has specially created for us? We can skip the heartaches of many broken relationships and allow God to lead us.

“To everything there is a season, A time for every purpose under heaven.” Ecclesiastes 3:1

I think that Christian author Joshua Harris hits the nail on the head in his best-selling book I Kissed Dating Goodbye:

“The Bible teaches that if we truly trust in Jesus Christ, we die to our old way of living. And we can no longer live for ourselves—we now live for God and for the good of others. Because of that, relationships with the opposite sex can no longer be about ‘having a good time’ or ‘learning what I want in a relationship.’ They’re not to be about getting but giving. Every relationship for a Christian is an opportunity to love another person like God has loved us. To lay down our desires and to do what’s in his or her best interest. To care for him or her even when there’s nothing in it for us. To want that person’s purity or holiness because it pleases God and protects him or her. (…) I’ve no business asking for a girl’s heart and exclusive affections if I’m not ready to consider marriage. Until I can do that, I’d only be using that girl to meet my short-term needs, not seeking to bless her for the long term. Would I enjoy having a girlfriend right now? You bet! But I wouldn’t truly be loving her and putting her interests first.”

Harris also gives the example of a girl’s dream about her wedding day. In her dream, she was standing before the altar hand in hand with her husband-too-be, when all of the sudden another woman took his right hand. Soon another one stood in line, and another, and another. All these girls were women of his past. All of them had a piece of his heart. He could not give all of his heart to his bride anymore. He had already given bits and pieces away to others in former relationships.

But what about Isaac and Rebecca, one might say. They got married the same day they met each other. But that marriage was well planned by his father Abraham. It was not something based on emotions and selfish desires. Besides, I think we can also be sure that the man whom God called his friend had prayed many hours to God, asking for wisdom and guidance for his son’s marriage.

Seeing and doing are the same thing

Let’s look at another subject these movies seem to put out there, that totally change our view of relationships: sexuality. This can be put under the same umbrella of waiting for the right time. Let’s take for example The Lucky One with Zac Efron and Taylor Schilling. In this movie Logan (Efron) is serving as a soldier in Iraq (I guess Sparks is into the military thing), when he finds a picture of a woman. On the back of that picture is written: “Keep safe, x.” Because Logan picks up that picture, he does not take a step further to where a few seconds later a bomb would explode. The picture saved his life. When he comes back to the States, he tracks that woman and takes a job at her kennel, not mentioning anything about the picture. Later in the movie the two of them become attracted to each other, and do all kinds of things they shouldn’t be doing before marriage. 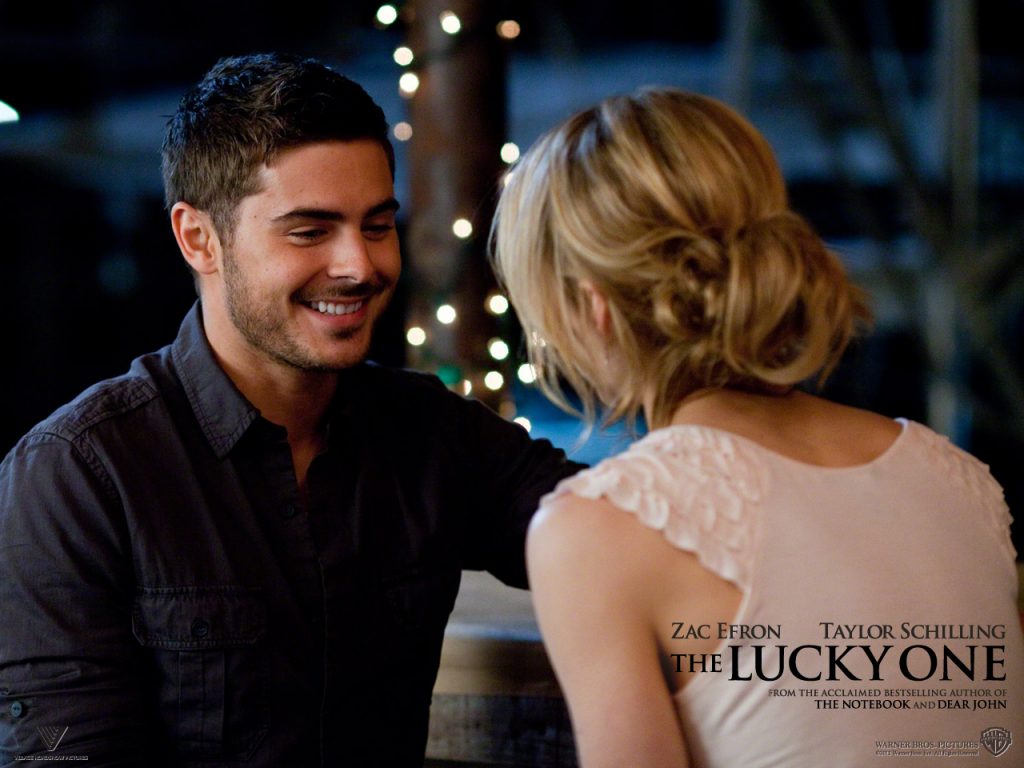 Now one might say: “They are doing that, not me. I’m just watching a movie. It’s all fake.” But here’s the thing: you might think that there’s no difference, but your brain thinks otherwise. Italian scientists were doing research on Macabre monkeys at the University of Parma in 1992. These scientists were researching what happened in the monkey’s brain when it took a peanut and put it in its mouth. When the monkey did that, a buzzer would go off, so that the scientists were alarmed when the monkey ate the peanut. One day a scientist took up the peanut himself, and ate it, while the monkey was looking at him.

Now here’s something interesting: the monkey did not pick up the peanut and ate it himself, but the buzzer still went off. This was a major breakthrough. Because of this one hungry scientist, the team had discovered that what the monkey looked at registered in his brain that he was doing something similar, even though he didn’t do it himself. These were mirror-neurons that had fired. Seeing and doing were the same thing.

Paul knew this all along when he said that by beholding we become changed (2 Corinthians 3:18). And Jesus also tackled this subject by mentioning:

“You have heard that it was said to those of old, ‘You shall not commit adultery.’ But I say to you that whoever looks at a woman to lust for her has already committed adultery with her in his heart.” Matthew 5:27-28.

Half of your brain inactive

There is one last thing that I want to look at, and that is how these movies affect your emotions. Our brain consists of two hemispheres, the left one and the right one. The left one, according to Remy Melima on Livescience.com, is “dominant in language: processing what you hear and handling most of the duties of speaking”. Melima further explains that we also use our left hemisphere for logic, math, and to retrieve facts from memory. We could say we use our left brain for the more common day stuff, when we have to think logically and rationally.

When it comes down to emotions, it’s our right hemisphere that we need to take a look at. Processing emotions—especially negative ones—happens on the right side. Now here’s something interesting. When suspects of a study by Joy Hirsch (director of fMRI Research at Columbia University Medical Center) watched a video with a proper storyline (like a movie), there was an emotional response from the right side of the brain, which explains why we feel so emotionally connected to a character in a movie. In Hirsch’s research, there was enormous activity in the right brain. But with so much activity in the right brain there is very little activity in the left brain. Very little logic, but lots of emotions.

With this in mind, let’s take a look at Sparks’ latest movie adaption of his book The Choice. In this movie, Gabby Holland (Teresa Palmer) moves to a countryside home, next door to Travis Shaw (Benjamin Walker). Travis is a ladies man, and definitely not the kind of neighbour Gabby would want to live next to. But eventually Gabby falls in love with Travis, and they end up doing all kinds of things inappropriate before marriage. 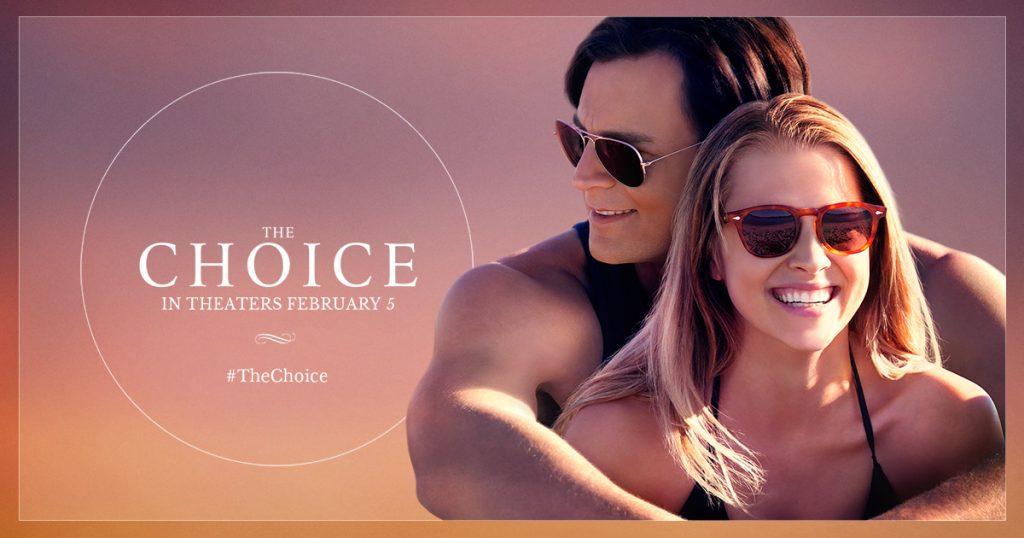 Now this is key: all the way through Gabby already had a boyfriend, but who do they portray as belonging together? Gabby and Travis. As a viewer, you will soon find yourself cheering this couple, even though this means that Gabby has to cheat on her boyfriend to be with Travis. The message of this movie is: as long as they are meant for each other, it doesn’t matter that you are in a relationship already. Just cheat on your partner, because you have now found the one you have always been looking for. Hollywood works on your emotions to get you to think this way. They know only the right hemisphere is active. Add some emotional and romantic music to it and they got you.

God does not approve these kinds of relationships. The Bible calls us to stay true to our partner no matter what.

“Husbands, love your wives, just as Christ also loved the church and gave Himself for her,” Ephesians 5:25.

“Therefore a man shall leave his father and mother and be joined to his wife, and they shall become one flesh.” Genesis 2:24

Our relationship with God affected because of movies

Why is it so important that we discuss how relationships are portrayed in romantic comedies? Because marriage is a reflection of our relationship with God. In Ephesians 5:25 we just quoted, we see the principle of the woman being a symbol of the church. In Revelation 12 and 17 this symbol is split up in two versions: the pure woman and the adulterous woman. In the Bible God often compares sin and straying from God with adultery (see Jeremiah 3:20; Isaiah 1:21; 57:8; Ezekiel 16:30).

“You will keep him in perfect peace, Whose mind is stayed on You, Because he trusts in You. Trust in the Lord forever, For in YAH, the Lord, is everlasting strength.” Isaiah 26:3, 4.

A relationship with God is the only source of true happiness.

Coming to the end of this blog, there are only two options for us to choose from:

Think about it, God poured every bit of heaven into that one precious gift: Jesus Christ. The Creator died for His creation. I cannot fathom it, and I know you can’t either. As our brother Paul described so beautifully:

“Yet indeed I also count all things loss for the excellence of the knowledge of Christ Jesus my Lord, for whom I have suffered the loss of all things, and count them as rubbish, that I may gain Christ.” Philippians 3:8.

“For what will it profit a man if he gains the whole world, and loses his own soul? Or what will a man give in exchange for his soul?” Mark 8:36, 37