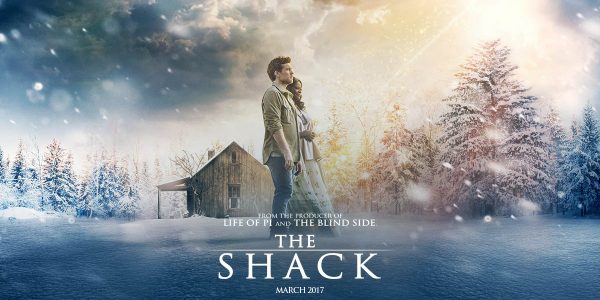 The Shack and Its New Age Leaven

The Shack is being described as a “Christian” novel and is currently ranked number one on the New York Times bestseller list for paperback fiction. Many believers are buying multiple copies and giving them to friends and family. The Shack reads as a true story, but is obviously allegorical fiction. The book conveys postmodern spiritual ideas and teachings that challenge biblical Christianity – all in the name of “God” and “Jesus” and the “Holy Spirit.” Author William P. Young’s alternative presentation of traditional Christianity has both inspired and outraged his many readers. All the while his book continues to fly off the shelves of local bookstores. Much like New Age author James Redfield’s book The Celestine Prophecy, The Shack is a fictional vehicle for upending certain religious concepts and presenting contrary spiritual scenarios. Allegorical novels can be a clever way to present truth. They can also be used to present things that seem to be true but really are not. Some books like The Shack do both.

I was drawn into the New Age Movement years ago by books and lectures containing parabolic stories that were not unlike The Shack. They felt spiritually uplifting as they tackled tough issues and talked about God’s love and forgiveness. They seemed to provide me with what I spiritually needed as they gave me much needed hope and promise. Building on the credibility they achieved through their inspirational and emotive writings, my New Age authors and teachers would then go on to tell me that “God” was “in” everyone and everything. I discovered that author William P. Young does exactly the same thingin The Shack. He moves through his very engaging and emotional story to eventually present this same New Age teaching that God is “in” everything.

But I am getting ahead of myself. Let me first provide some background material concerning this key New Age doctrine that “God is in everything.” A good place to start is with Eugene Peterson, the author of the controversial Bible paraphrase The Message. After all, Peterson’s enthusiastic endorsement of The Shack is featured right under the author’s name on the front cover. Ironically, it was Peterson’s endorsement that caused me to be immediately suspicious of this high-profile, bestselling “Christian” book. Through his questionable paraphrasing of the Bible, Peterson had already aligned himself in a number of areas with New Age/New Spirituality teachings. One obvious example was where he translated a key verse in the Lord’s Prayer to read “as above, so below” rather than “in earth, as it is in heaven.” “As above, so below” was a term that I was very familiar with from my previous involvement in the New Age Movement. This esoteric saying has been an occult centerpiece for nearly five thousand years. It is alleged by New Age metaphysicians to be the key to all magic and all mysteries. It means that God is not only transcendent — “out there”— but He is also immanent — “in” everyone and everything.

“‘As above, so below, as below, so above,’ the translation of Matthew 6:10 in The Message, is a term that I was familiar with from my involvement in the New Age Movement.”

But, as I found out just before abandoning the deceptive teachings of the New Age for the truth of biblical Christianity, God is not “in” everyone and everything. The Bible makes it clear that man is notdivine and that man is not God (Ezekiel 28:2, Hosea 11:9, John 2:24-25, etc.) In Deceived on Purpose: The New Age Implications of the Purpose-Driven Church, I quoted the editors of the New Age Journal as they defined “as above, so below” in their book, As Above, So Below: “’As above, so below, as below, so above.’ This maxim implies that the transcendent God beyond the physical universe and the immanent God within ourselves are one.” (p. 32) My concern about Peterson’s undiscerning use of “as above, so below” in the Lord’s Prayer was underscored when the 2006 bestseller, The Secret, showcased this same occult/New Age phrase. In fact, it was the introductory quote at the very beginning of the book. By immediately featuring “as above, so below” the author Rhonda Byrne was telling her readers in definite New Age language that “God is ineveryone and everything.” 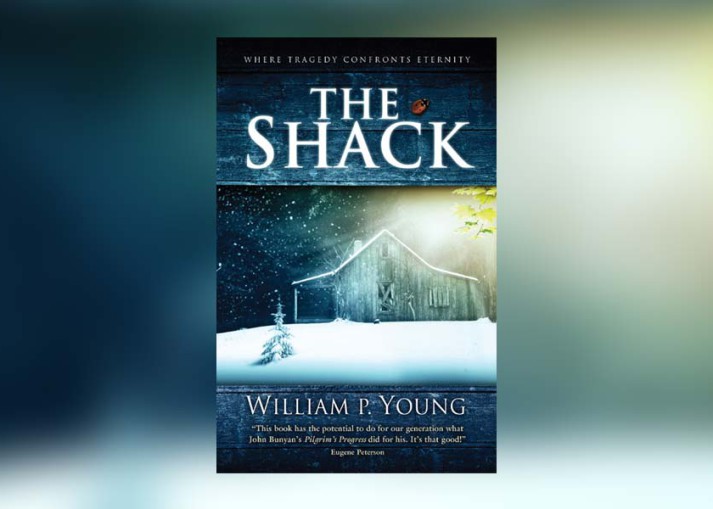 Towards the end of the book, The Secret puts into more practical words what the author initially meant by introducing the immanent concept of “as above, so below.” On page 164 The Secret tells its readers—“You are God in a physical body.” Most significantly, in his book The Reappearance of the Christ and the Masters of Wisdom, New Age leader Benjamin Crème reveals that a New World Religion will be based on this foundational “as above, so below” teaching of immanence—this idea that God is “in” everyone and everything: “But eventually a new world religion will be inaugurated which will be a fusion and synthesis of the approach of the East and the approach of the West. The Christ will bring together, not simply Christianity and Buddhism, but the concept of God transcendent — outside of His creation — and also the concept of God immanent in all creation — in man and all creation.” (p. 88)

“The New Age religion will be based on this foundational ‘as above, so below’ teaching of immanence: God in everything.”

New Age matriarch Alice Bailey, in her book The Reappearance of the Christ, wrote: (“…) a fresh orientation to divinity and to the acceptance of the fact of God Transcendent and God Immanent within every form of life.  “These are foundational truths upon which the world religion of the future will rest.” (p. 88) In a November 9, 2003 Hour of Power sermon–just two months before he was a featured speaker at the annual meeting of the National Association of Evangelicals–Crystal Cathedral minister Robert Schuller unabashedly aligned himself with this same New Age/New World Religion teaching. The man who claims to have mentored thousands of pastors, including Bill Hybels and Rick Warren, stated: “You know in theology—pardon me for using a couple of big words—but in theology the God we believe in, this God of Abraham, is a transcendent God. But He is also an immanent God. Transcendent means up there, out there, above us all. But God is also an immanent God—immanence of God and the transcendence of God—but then you have a balanced perspective of God. The immanence of God means here, in me, around me, in society, in the world, this God here, in the humanities, in the science, in the arts, sociology, in politics—the immanence of God…. Yes, God is alive and He is in every single human being!”

But God is not in every single human being. God is not in everything. One of the many reasons I wrote Deceived on Purpose was because Rick Warren presented his readers with this same “God in everything” teaching. Quoting an obviously flawed New Century Bible translation of Ephesians 4:6, Rick Warren—whether he meant to or not—was teaching his millions of readers the foundational doctrine of the New World Religion. Describing God in his book, The Purpose-Driven Life, he wrote: “He rules everything and is everywhere and is in everything.” (p. 88) Compounding the matter further, “immanence” has been taught as part of the Foundations class at Rick Warren’s Saddleback Church. An ill-defined reference to immanence on page 46 of the Saddleback Foundations Participants Guide plays right into the hands of the New Spirituality/New World Religion by stating: “The fact that God stands above and beyond his creation does not mean he stands outside his creation. He is both transcendent (above and beyond his creation) and immanent (within and throughout his creation).”

“Immanence has been taught as part of the Foundations class at Rick Warren’s Saddleback Church. It plays right into the hands of the New World religion.”

All of this discussion about “God in everything” immanence is to explain why The Shack is such a deceptive book. It teaches this same heresy. This book ostensibly attempts to deal with the deeply sensitive issues surrounding the murder of a young child. Because of the author’s intensely personal story line, most readers become engaged with the book on a deep emotional level. However, the author’s use of poetic license to convey his highly subjective, and often unbiblical, spiritual views becomes increasingly problematic as the story line develops. This is most apparent when he uses the person of “Jesus” to suddenly introduce the foundational teaching of the New Spirituality/New World Religion — God is “in” everything. Using the New Age term “ground of being” to describe “God,” the “Jesus” of The Shack states: “God, who is the ground of all being, dwells in, around, and through all things….” (p. 112) This false teaching about a “God” who “dwells in, around, and through all things” is the kind of New Age leaven that left unchallenged could leaven the church into the New Age/New Spirituality of the proposed New World Religion. And while many people have expressed a great deal of emotional attachment to The Shack and its characters — this leaven alone contaminates the whole book. 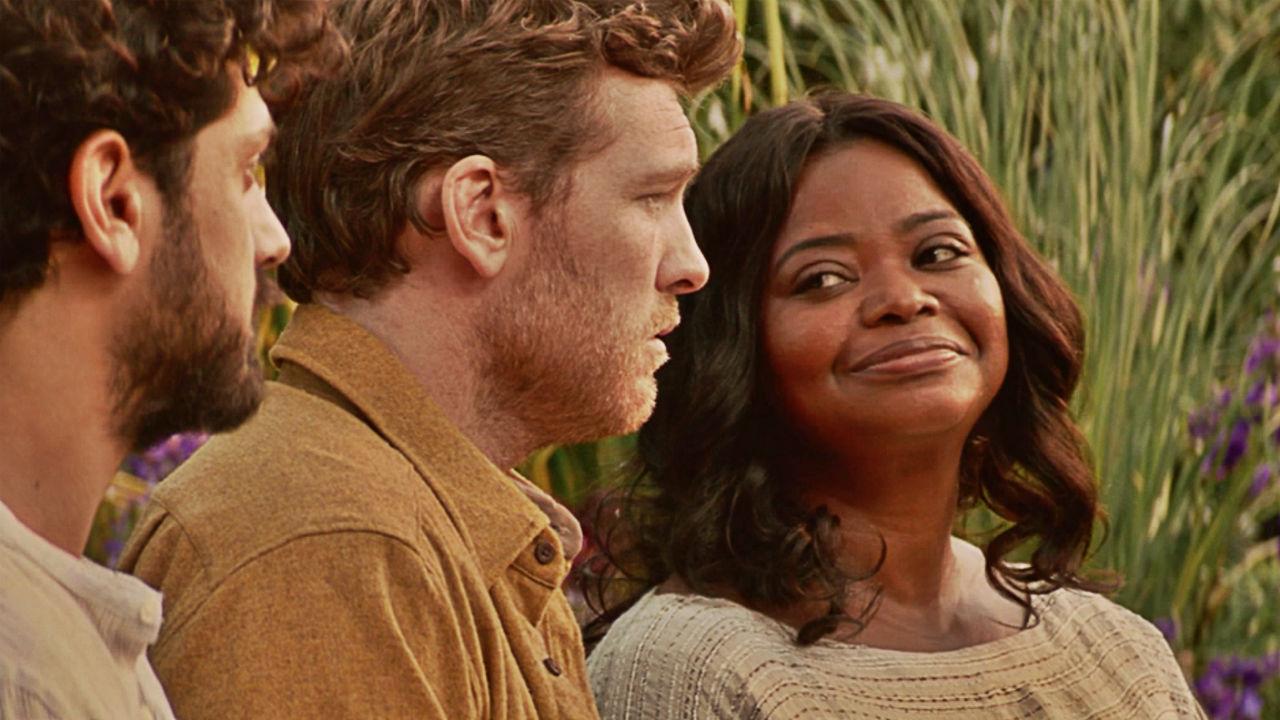 Clearly, the “Jesus” of The Shack is not Jesus Christ of the Bible. The apostle Paul chided the Corinthians and warned them that they were vulnerable and extremely susceptible to “another Jesus” and “another gospel” and “another spirit” that were not from God (2 Corinthians 11:4). In the Bible, the real Jesus Christ warned that spiritual deception would be a sign before His return. He further warned that there would be those who would even come in His name, pretending to be Him (Matthew 24:3-5;24).

“To condone a truth-and-error mixture is to be unfaithful to God and His Word.”

Without ascribing any ill motive to William Young and his book The Shack, the author’s use of spiritual creativity seems to give a “Christian” assent to the New Age/New Spirituality of the proposed New World Religion. His mixing of truth and error can become very confusing to readers, and God is not the author of confusion (I Corinthians 14:33). Dr. Harry Ironside, pastor of Chicago’s Moody Memorial Church from 1930-1948, emphasizes the fact that truth mixed with error results in “all error”—a direct refutation of the Emergent Church teaching to find “truth” wherever it may be found—including books like The Shack. Ironside wrote: “Error is like leaven, of which we read, ‘A little leaven leaveneth the whole lump.’ Truth mixed with error is equivalent to all error, except that it is more innocent looking and, therefore, more dangerous. God hates such a mixture! Any error, or any truth-and-error mixture, calls for definite exposure and repudiation. To condone such is to be unfaithful to God and His Word and treacherous to imperiled souls for whom Christ died.” (quoted in The Berean Call, April 2008)

The Shack has touched the hearts and emotions of many people. While there are many other examples of the author’s unbiblical liberality, introducing the heretical New Age teaching that “God dwells in, and around, and through all things” is in and by itself enough to completely undermine any value the book might otherwise have for faithful believers. To allow yourself to get carried away by this story, while disregarding the book’s New Age/New Spirituality leaven, is to fall prey to the “truth-and-error” mixture that pervades The Shack. And as Dr. Ironside warned—“God hates such a mixture.” Before Christians buy one more copy of this book, they need to come to terms with what this author is ultimately teaching and what it is they are passing along to their friends and fellow believers.

“And they shall turn away their ears from the truth, and shall be turned unto fables.” (1 Timothy 4:4)

What about other Christian movies?