What if someone you lost returned? Returned from where? From the dead. At least that is the premise behind ABC’s new show Resurrection. See the trailer here. 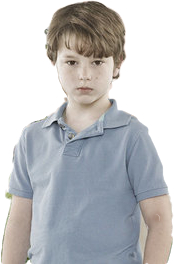 A young boy Jacob wakes up in China in a field with no explanation of how he got there. No one knows why he was there, they just know he is there. An agent is assigned to his case and returns him to where he comes from. That place is Arcadia, MO. Upon knocking on the door, the agent tells the prospective father that he has returned his son, to which the father replies that his son has been dead for over 30 years.

Jacob quickly spouts off a joke from his childhood, the father answers without thinking and then is in shock as he realizes that is only something his son would say to him. As the mother comes around the corner asking who is there she looks as if she will faint seeing the boy.

The rest of the trailer paints the background for a story that will challenge your understanding and belief system. The boy doesn’t appear to understand. He is asking a Catholic priest if he died. The priest does not have answers. But indicates that he was “chosen”. Reading between the lines, the priest is indicating that God is the one responsible and chalks it up to a lack of human understanding.

Towards the end, is the punchline.

That will make you question, everything you believe.

Let’s pose another question. Why does ABC want to challenge everything about what I believe in regards to death? 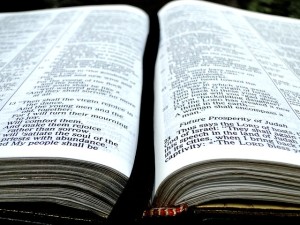 The Bible is clear enough already.

In John 11:11-14, Jesus compares death to sleep, something the bible does over 50 times. Those who fall asleep in Jesus will be resurrected at His second coming. (1Thessalonians 4:15-16). There are two resurrections that separate those who have died in Christ vs those who have not. (John 5:28-29) If we look at the process of life in reverse it would greatly help our understanding of how death works. It’s a lot like a math equation. You can find this in Genesis 2:7.

Dust of the ground + breath of life = living soul

If we remove the breath of life then we can look at this way.

Living soul – breath of life = dust of the ground.

This process is further reinforced in Ecclesiastes 12:7 where it says that the spirit (breath of life) returns to God and the body returns to the earth as dust. The spirt is simply God’s breath of life or His power of life (Job 27:3) as 1 Samuel 2:6 indicates God is the only one with the power to achieve this. When the breath or spirit returns to God that the thoughts perish (Psalm 146:3-4). Thoughts encompass everything that will go on in the mind. Yet the Bible is very specific beyond that about certain actions that require thought indicating that these do not happen anymore. The list includes; thanks (Psalm 6:5), lovingkindness & faithfulness (Psalm 88:11), work, knowledge, widsom (Ecclesiastes 9:10), praise (Isaiah 38:18). Another powerful text is Ecclesiastes 9:5

“For the living know that they shall die: but the dead know not any thing, neither have they any more a reward; for the memory of them is forgotten.”(Ecclesiastes 9:5 KJV)

It doesn’t get much clearer. All these processes that require a mind to generate them, they don’t happen. As human beings, we don’t have immortality (1 Timothy 6:16). The bible doesn’t teach this idea that immortality is a human attribute or right. That idea originates from other cultures and their mythologies. It does nevertheless indicate that we seek for it (Romans 2:7). It’s something that we long for. Why? Simple, God has put it in our hearts!

“He hath made everything beautiful in his time: also he hath set the world in their heart, so that no man can find out the work that God maketh from the beginning to the end.”(Ecclesiastes 3:11 KJV)

The original language indicates that the word “world” can be translated “eternity”.

When does this immortality that we long for become ours? When Jesus returns (1 Corinthians 15:51-54). This is when Job spoke of the righteous seeing Him at the last day (Job 19:25-26). The righteous are not already with Him or why would He come for them? Take King David for example, Peter plainly declared that he was in the grave.

“For David is not ascended into the heavens: but he saith himself, The LORD said unto my Lord, Sit thou on my right hand,”(Acts 2:34 KJV)

King David, despite having a heart for God was a sinner like you and I. The Bible tells us that sinners cannot save themselves, their end is death. (Romans 3:23, Ezekiel 18:4, Romans 6:23) The good news is, there is hope. Paul knew this, hoped this and spoke of it when he said

“I have fought a good fight, I have finished my course, I have kept the faith: Henceforth there is laid up for me a crown of righteousness, which the Lord, the righteous judge, shall give me at that day: and not to me only, but unto all them also that love his appearing.”(2 Timothy 4:7–8 KJV)

When Christ comes, He will reward the fateful with eternal life with that immortality they have been longing for and seeking (Revelation 22:12).

So let’s bring this back around. If Jacob is not the little boy raised from the dead, what is he?

“For they are the spirits of devils, working miracles, which go forth unto the kings of the earth and of the whole world, to gather them to the battle of that great day of God Almighty.”(Revelation 16:14 KJV)

Satan has a master plan to deceive people. He has a plan to bring the world an alternate theology, one that appears to be Christ-centered but is not. It will seem to be close to the truth. It will be a powerful delusion.

The television show Resurrection does not constitute an isolated case. A new movie set to be released this Easter. Heaven is for Real, recounts the story of Colton Burpo and his near death experience. The movie is based on the New York Times #1 best seller about the boy’s account of heaven. There are numerous other books like it. 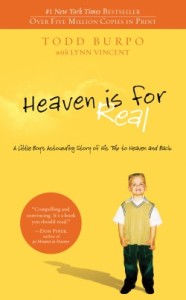 My Journey to Heaven: What I Saw and How It Changed My Life

I Saw God: The True Story of a Young Boy’s Miraculous Return from Death

Here is an article from Beliefnet on one person’s account

It’s interesting to note that the descriptions are not the same. The good news is that God does not. While one can appreciate the zeal of these believers in heaven of sharing their experience, there is a fundamental issue that needs to be addressed. And that is, why do we need these accounts anyway? Isn’t the Bible good enough to stand on its own? If the accounts don’t match, doesn’t it only add confusion and criticism to those who are already searching for Christ? Christ has ordained a book where He might be found, the Bible. In it is a description of heaven. Christ deemed it important enough to be included in His Holy Writ. Would not that penned by inspiration of the Holy Spirit be the only thing we need for our understanding?

Beloved, believe not every spirit, but try the spirits whether they are of God: because many false prophets are gone out into the world. 1 John 4:1.

Many will be ensnared through the belief that spiritualism is a merely human imposture; when brought face to face with manifestations which they cannot but regard as supernatural, they will be deceived, and will be led to accept them as the great power of God.

As the teachings of spiritualism are accepted by the churches, the restraint imposed upon the carnal heart is removed, and the profession of religion will become a cloak to conceal the basest iniquity. A belief in spiritual manifestations opens the door to seducing spirits and doctrines of devils, and thus the influence of evil angels will be felt in the churches.

The popular ministry cannot successfully resist spiritualism. They have nothing wherewith to shield their flocks from its baleful influence. Much of the sad result of spiritualism will rest upon ministers of this age; for they have trampled the truth under their feet, and in its stead have preferred fables.

Satan has long been preparing for his final effort to deceive the world. The foundation of his work was laid by the assurance given to Eve in Eden: “Ye shall not surely die.” “In the day ye eat thereof, then your eyes shall be opened, and ye shall be as gods, knowing good and evil.” Genesis 3:4, 5. Little by little he has prepared the way for his masterpiece of deception in the development of spiritualism. He has not yet reached the full accomplishment of his designs; but it will be reached in the last remnant of time. Says the prophet: “I saw three unclean spirits like frogs….They are the spirits of devils, working miracles, which go forth unto the kings of the earth and of the whole world, to gather them to the battle of that great day of God Almighty.” Revelation 16:13, 14. Except those who are kept by the power of God, through faith in His word, the whole world will be swept into the ranks of this delusion. The people are fast being lulled to a fatal security, to be awakened only by the outpouring of the wrath of God.

Another warning is given in Early Writings, Pg 262

I saw that the saints must have a thorough understanding of present truth, which they will be obliged to maintain from the Scriptures. They must understand the state of the dead; for the spirits of devils will yet appear to them, professing to be beloved relatives or friends, who will declare to them unscriptural doctrines. They will do all in their power to excite sympathy and will work miracles before them to confirm what they declare. The people of God must be prepared to withstand these spirits with the Bible truth that the dead know not anything, and that they who thus appear are the spirits of devils. {EW 262.2}

We must examine well the foundation of our hope; for we shall have to give a reason for it from the Scriptures. This delusion will spread, and we shall have to contend with it face to face; and unless we are prepared for it, we shall be ensnared and overcome. But if we do what we can on our part to be ready for the conflict that is just before us, God will do His part, and His all-powerful arm will protect us. He would sooner send every angel out of glory to make a hedge about faithful souls, than have them deceived and led away by the lying wonders of Satan. {EW 262.3}

Jesus is coming soon. Are you ready to stand on the Solid Rock knowing what you believe or have you built your experience on the shifting sands of this world? ABC is helping prepare the masses for a not so distant future reality. Let’s us be found standing on the word of God and opposing the tsunami of deception, heralding the truth to the world.

For more information on the truth of God’s word and what it says about Death and heaven, please refer to the following resources.

Is Heaven For Real?

What Happens After You Die?

The Mystic Realm of Death