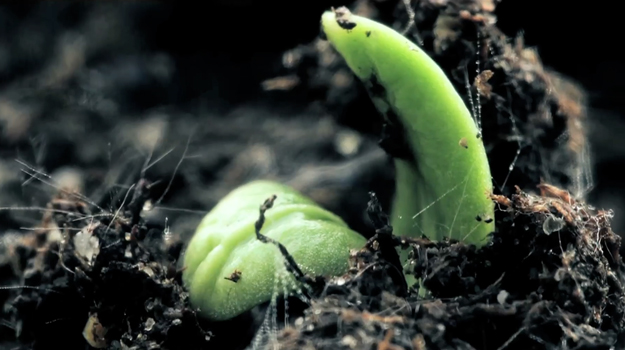 What’s the condition of your soil?

Over the past few years I’ve been learning some amazing things about gardening.  The most important thing I’ve learned is the condition and health of my garden soil.  The condition of the soil is referring to the macro and micro nutrients that are present, while the health of the soil is referring to the micro organisms, such as bacterium and fungi. and macro organisms such as earthworms. Most people are familiar with the big three, N(nitrogen), P(phosphorus), K(potassium).  For the most part, these three are the main focus of commercial agriculture’s chemical farming, and yes, they are able to produce a ton of food.  The problem is the 89 other nutrients (magnesium, calcium, sodium, iron, copper,  etc) are being ignored.  The problem is compounded when fertilizers with high NPK content are applied to the soil, which then kills the microbial life, if there is any present to begin with.  These micro organisms are responsible for breaking down the organic and mineral matter in the soil which is then delivered to the roots of the plants.  Without this delicate process in place, the plants may LOOK big, green and have high yields, but in fact they are very sick, making them more susceptible to pests and disease.  This situation leaves the farmer no other choice then to spray his crop with copious amounts of pesticides and fungicides, furthering the damage to the soil.

I’ve always heard that our food is not as nutritious as it used to be, but I had no concept of how drastic the diminishing nutritional values really where until I saw some numbers.

According to US senate document No. 264 and the 1992 Earth Summit report, the mineral values in farm and range soils have declined 85% in North America, 76% in South America, 74% in Africa, 72% in Europe, 76% in Asia and 55% in Australia over the past 100 years.  The following chart by C.S.I.R.O., is the diminishing nutritional values of Australian grown fruit and vegetables between 1948 and 1991.

A majority of people in the US are in a full-stomach-starvation situation.  Hey, I am all for industrial innovation, but if we are all sick and nearly dead, who cares how teched out we are.  Commercializing the growth of our food supply, so that 98% of the men in this country could do something else other than grow their families food, is possibly the greatest blunder of human existence.  Not to mention the irreversible damage to a handful of crops by genetic modification, but this is a whole other topic, (for the most comprehensive facts about GMO foods, go to the Institute for Responsible Technology).  The point here is that, as man has endeavored to control nature, rather than understand and learn from it, he has lost his connection with the earth and wherewith his food comes.  Praise God that more and more people are realizing the importance of either buying locally grown produce or better yet, growing food themselves.

Christ drew heavily from the book of nature in fashioning parables and allegories, through which the science of the Gospel is plainly revealed.  Many lessons about how to prepare the “soil” of the mind and effectively share the “seeds” of truth are found in the process of growing your own food.  I have had such good, quality time with my two daughters (Grace 6, Lilia 2.5) digging in the dirt, planting seeds, watching them grow, weeding, pruning, harvesting and eating our home grown produce.  Most mornings this last summer the first thing Lilia wanted to eat was tomatoes from the garden.

“As a relaxation from study, occupations pursued in the open air, and affording exercise for the whole body, are the most beneficial. No line of manual training is of more value than      agriculture. A greater effort should be made to create and to encourage an interest in agricultural pursuits. Let the teacher call attention to what the Bible says about agriculture: that it      was God’s plan for man to till the earth; that the first man, the ruler of the whole world, was given a garden to cultivate; and that many of the world’s greatest men, its real nobility, have been tillers of the soil. Show the opportunities in such a life. The wise man says, “The king himself is served by the field.” Ecclesiastes 5:9. Of him who cultivates the soil the Bible declares, “His God doth instruct him to discretion, and doth teach him.” Isaiah 28:26. And again, “Whoso keepeth the fig tree shall eat the fruit thereof.” Proverbs 27:18. He who earns his livelihood by agriculture escapes many temptations and enjoys unnumbered privileges and blessings denied to those whose work lies in the great cities. And in these days of mammoth trusts and business competition, there are few who enjoy so real an independence and so great certainty of fair return for their labor as does the tiller of the soil.” – {Ed 219.1}

In April of last year I had the privilege of meeting Master Gardener Lynn Hoag.  Lynn learned a method of gardening from Herbert C. White when he was just 13 years old.  Herbert had learned this method from his grandmother Ellen G. White, who was shown the method in a dream.  The method she was shown involves digging a deep cavity and layering in rich soil, a layer of rock, and more rich soil and materials that would make rich soil(leafmold, compost, topsoil etc).  See [3SM 328]  When I heard Lynn was planting tomatoes this way and yielding 100lbs per plant, I had to try it for myself.  So I started digging! and digging and digging!  I also had my soil tested by International Ag Labs and had Lynn mix me up all the minerals my soil was lacking.  I ended up with a 8 X 12 X 3 ft EGW garden bed, in which I planted 5 tomato plants, 3 varieties of peppers, a row of eggplant and a row of ginger.  Everything grew like crazy!  The flavor of the tomatoes and peppers where absolutely incredible.  I built a 10 X 44 ft carport frame green house over it for the winter and picked tomatoes well into December. 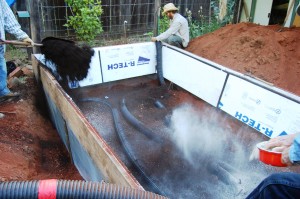 Recently Lynn Hoag and Darren Greenfield (farm Manager at Weimar) have developed a “One Size Fits All” Fertilizer kit called “Garden in a Box”, for people who do not want to get a soil test but want the finest plant based fertilizer available. The Box Contains:

Garden in a Box revitalizes the mineral and microbial life in your soil, so that the produce you grow is as nutrient dense as possible.  Trust me you will taste the difference, because your tongue was designed to sense good, nutrient rich food.

Garden in a Box is now available on our store, order yours today.

For more information or to book a gardening workshop in your area, please contact Lynn and Elizabeth Hoag at suncountrygardens