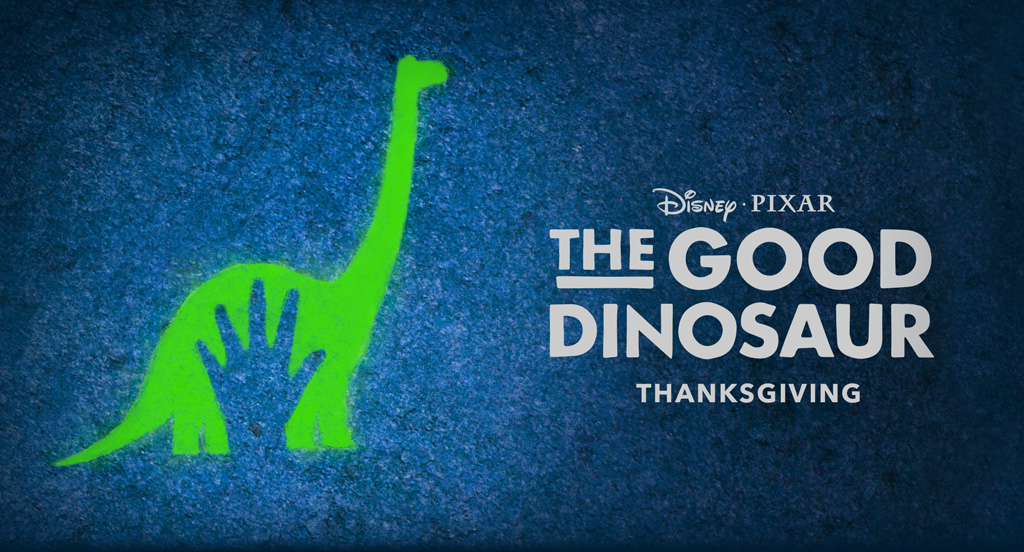 A Dinosaur and His Boy

This Thanksgiving Pixar is releasing another animated film.  It’s titled “The Good Dinosaur”.

Here is the description from Pixar:

The Good Dinosaur asks the question: What if the asteroid that forever changed life on Earth missed the planet completely and giant dinosaurs never became extinct? Pixar Animation Studios takes you on an epic journey into the world of dinosaurs where an Apatosaurus named Arlo makes an unlikely human friend. While traveling through a harsh and mysterious landscape, Arlo learns the power of confronting his fears and discovers what he is truly capable of.

All surface level evaluation of this film indicates a warm story about friendship.

But the implications are far reaching and contrary to Scripture.

While many Christians can agree that there were dinosaurs in some shape or form, most believe they were destroyed by the flood.  Yet this trite tale is steeped in evolution.  And concepts that take aim at the very foundations of Christianity.

There are multiple implications, which have a trickle down effect.  Let’s take a look.

The Validity of the Bible

Evolution is at odds with Scripture.   Only one can be correct.  The Good Dinosaur doesn’t even entertain the creation story, it’s completely overlooked.  While a good story about friendship is appreciated, science tells us that the judgement centers of our brain are not active while watching this type of media.  The parts of our brain that are active evaluate information in a creative, non-critical way.  The result?  We don’t question what comes in, but we allow seeds to be planted in the mind of ideas that we may not agree with.  Many young impressionable minds will see this film and realize years later that they have doubts about what they have learned from Church, their parents and the Bible, not knowing where those thoughts came from.

Aside from the creation story, what happens to the dinosaurs is entertained from a scientific standpoint.  What if the asteroid missed the earth?  The supposition gives an impression that the astroid hitting the earth is a concrete reality.  But what about the flood that destroyed all the life on earth except noah’s family and the creatures on board the ark?

This is not taught, and so the Bible teaching is dismissed, or rather it was never even invited to the table for discussion.

God & The Origin of Sin

When the Bible is dismissed, God is dismissed right along side of it.  While it makes sense that this would be so from an evolutionary stand point, there is more than meets the eye.  Why was the earth destroyed by a flood?  The Bible tells us.

And God said unto Noah, The end of all flesh is come before me; for the earth is filled with violence through them; and, behold, I will destroy them with the earth.

Simply put, the earth was destroyed because of the sinfulness of man.  Remove God and you remove morality which defines what sin is.  Your ethical code is no longer determined by a transcendent power, but rather by relativism. What you and I deem is right or wrong is subject to change.  You might say our moral code evolves with society.  With God, this is not so.

For I am the LORD, I change not; therefore ye sons of Jacob are not consumed.

Sin entered our world through disobedience, by simply disregarding the very Word of God and supplanting it with our version of truth.  An evolutionary world is a world without sin.  Sin has no place this world because there is no God to define it and disobey.  There is also no devil.  Good and bad, light and dark, are simply a matter of conjecture.  They are defined by grasping at absolutes that cannot be explained in the realm of science.

The Origin of Man

Without God, the origin of man has to be explained.  While The Good Dinosaur is not a scientific explanation of how this came to be, it is obvious that man was not a created being in the image of God.  How do we know this?  The boy that the dinosaur befriends cannot speak.  He lacks emotional complexity and tends to animalistic behaviors over those that require higher reasoning powers. 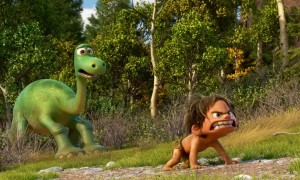 In fact, his name is spot (a name common to dogs).  He behaves like one too.  While this film is a positive story of friendship, the kind of friendship being implied is the same as between a boy and his canine companion.

The man is the only creature which the Bible describes as God taking the most tender care and regard for.

And the LORD God formed man of the dust of the ground, and breathed into his nostrils the breath of life; and man became a living soul.

The Value of man

Created in the likeness of God is a far cry from the valuation of a dog.  When man is placed so low, the sacrifice of Christ becomes greatly reduced.

Thou madest him a little lower than the angels; thou crownedst him with glory and honour, and didst set him over the works of thy hands:

Our God created us with purpose.

But ye are a chosen generation, a royal priesthood, an holy nation, a peculiar people; that ye should shew forth the praises of him who hath called you out of darkness into his marvellous light:

God deemed man of high enough value that He sent His only son to save humanity.

In this was manifested the love of God toward us, because that God sent his only begotten Son into the world, that we might live through him.

The value of man is not determined by his original social standing in God’s creative cosmos.  Rather the value of man is determined by the worth of God’s sacrifice in His only son.  The life of God is of infinite worth.  It is that life which places God’s value upon man.  It is an assessment of estimation that can only be seen through God’s eyes.  In a sense both God and man make investments, each into the other.  Yet while man makes His investment, not understanding fully the worth, he at least knows the return is great.  God on the other hand at best He will only get back what he lost.

No Cross, No Redemption, No Mediator

If man is reduced to the value of a dog, and we’re not sure where man came from, leave God out and dismiss the concept of sin, then there is no need for the Cross.  Why would God have to come and die?  There would be no point.  But if that’s the case, then there is no redemption.

Perhaps if you live a world of no moral absolutes, you don’t need redemption?  Furthermore you can forget a Mediator to plead His blood on your behalf.

But it’s more than that, and perhaps this is the most subtle and disturbing point.  When we remove God from the picture, we remove the place where we even learned the concept of friendship.  While friendship and love can both serve purposes in the survival-of-the-fittest model, sacrificial love does not.  In the evolutionary model, self rules.

So the dinosaur and his boy may have an appreciation for each other, but it doesn’t give us the best picture.

The best picture of love is found in Scripture.

Greater love hath no man than this, that a man lay down his life for his friends.

Love, God’s love is not something that evolves.  It is a constant.  It doesn’t grow.  It has always been at maximum capacity.  God has always loved us, and always will.