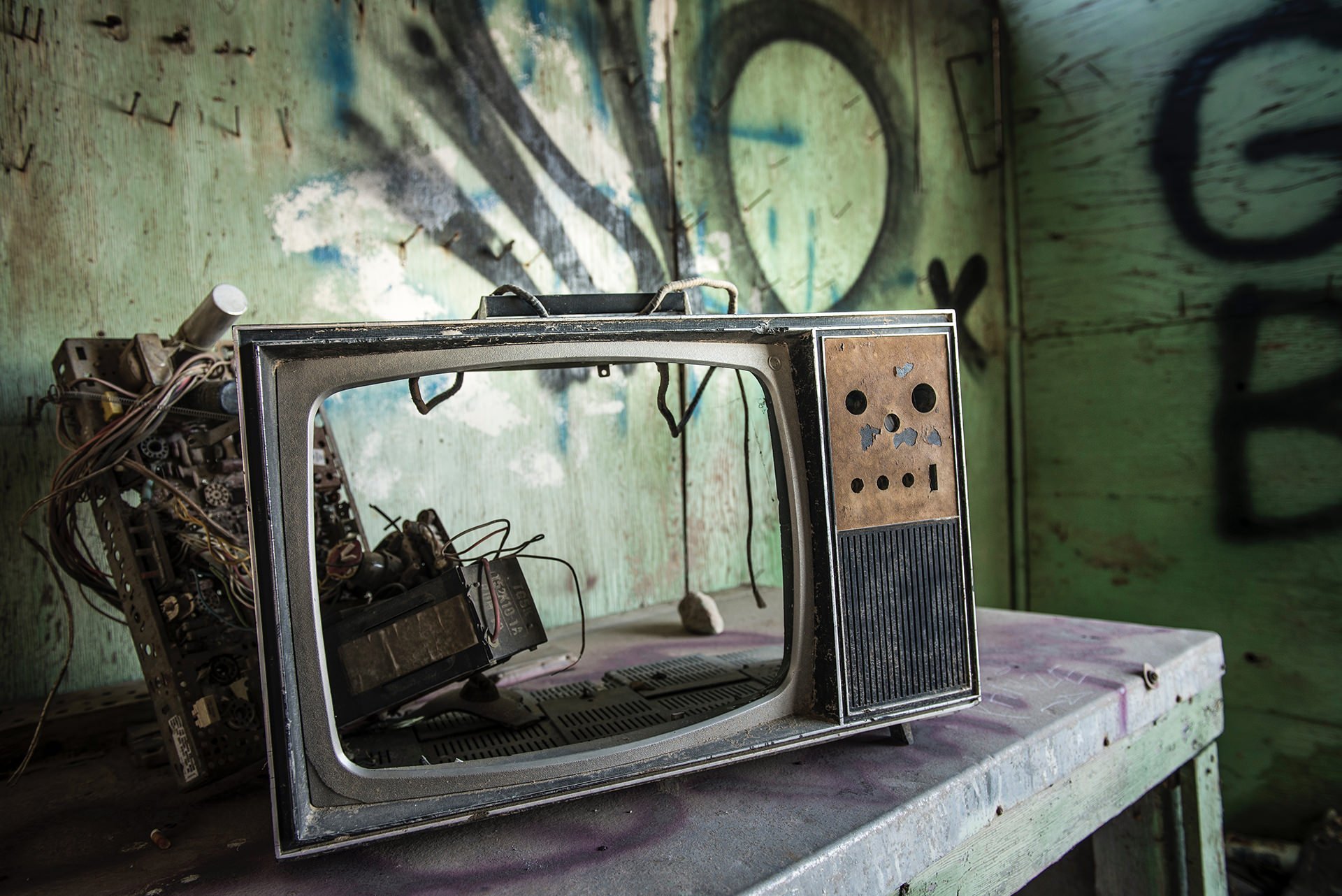 The False Gospel in Entertainment

THE FALSE GOSPEL IN ENTERTAINMENT

One of Satan’s greatest deceptions is to present a false gospel to the masses, while indulging them in various forms of content produced by the entertainment industry. Whether in TV shows, movies or commercials, Satan has found a way to take the true gospel, pervert it, and present it as a false doctrine, without the viewers even realizing what is being heaped upon their minds. In Matthew 5:29, Jesus said: “And if your right eye offend thee, pluck it out. And cast it from thee: for it is profitable for thee that one of thy members should perish, and not that thy whole body should be cast into hell (KJV).” The things that we behold, watch and see have the power to change the essence of who we are. When we watch TV shows and movies that are not of God and are of evil influences, we are becoming like the influences that we observed. This change is usually done without us being aware that it is taking place. It is for this reason that Jesus tells us to cast our eye away from us or get rid of the things that we are watching that are not glorifying God and drawing us closer to Him.

Deep down inside, each person that has ever lived on this earth, and that lives today knew and knows that God exists, as He has given each of us a measure of faith – whether we are aware of it or not: “For I say, through the grace given to me, to everyone who is among you, not to think of himself more highly than he ought to think, but to think soberly, as God has dealt to each one a measure of faith (Romans 12:3 NKJV).” There is a longing to have the void in our hearts filled, and we want it to be filled by Christ, knowingly or unknowingly. A person may not have a relationship with Christ right now, but they understand that there is a void in their hearts and that they desire for it to be filled. Since there is a measure of faith in each of us, we all desire to hear the gospel message – even if we do not know it. After all, Christ is within and is the very essence of the gospel. For the void in our hearts to be filled, we must first hear the gospel message to then learn of Jesus Christ to allow Him in, to become our Lord and Savior. Satan understands this concept as well, and while knowing that he cannot present the true gospel message to fill the voids in people’s hearts to win them to him (lest he inadvertently win them to Christ), he takes the true gospel, and true doctrine, perverts it, and twists it until the point that it only subtilty has trace resemblance of the true gospel by mixing some truths with mostly lies. By doing this, Satan, falsely fills the void in people’s hearts – making them feel satisfied, but alas, it is not the true gospel, so no one will ever truly be filled. Proof of this is seen in the excitement when a new episode of someone’s favorite TV show is airing soon, or their favorite movie is coming out soon, then they sit down to watch it and, in that moment, they feel happy, satisfied and filled; but soon the show ends, the movie is over, and the void is returned until that next episode or the next movie comes out. The cycle then repeats, and the viewer is now stuck in a false sense of salvation.

To a non-believer in Christ, it may seem that a presentation of something false may not affect them if they never knew what was true to begin with. However, this is far from correct. The more a non-believer watches and engages with secular TV shows and movies that are inconspicuously present false doctrines, the closer they get to Satan’s nature, and the farther away they become from God’s nature. When this happens, it becomes difficult for this kind of individual to be saved, but of course not impossible. It is difficult because these individuals, grow farther away from wanting to have anything to do with anything of God or anything righteous. After all, they are continuously filling their minds with media that is portraying people doing and saying things that are counterfeits of what God says His people should do and say. This type of ungodly media also aims to portray that it is okay to do things that are wrong, that wrong is right, and that you can live any lifestyle you want, and no one can tell you otherwise. Therefore, the media becomes our influence, and the celebrities on the shows, thus people emulate them – but they are really emulating Satan himself and taking on his very own character. There are many examples that we are given in the Bible of rival nations of Israel that did not know God or want to know Him, that lived their entire lives in Pagan/false worship, and their end lead to total destruction. Even in the days of Noah, the people’s hearts were set on evil continually, and there would have been no end to it. God had to destroy them, or else they would have destroyed themselves in a more prolonged manner, and it is even for this reason that God had Israel destroy the rival nations whose hearts were also set on evil continually.

Another way in which media that portrays a false gospel and false doctrines affects the individuals that watch it is through the limbic system. The limbic system was designed by God, and otherwise is normal to have, but this system can be hijacked. Any kind of media that moves in a fast-paced motion, has a lot of stimuli, or is jam packed with action or anything that will heighten your senses suppresses your frontal lobe, and activates your limbic system into full gear. This kind of media acts like a light switch as it turns off your frontal lobe where things like your reasoning, understanding, processing and spirituality are stored, and it turns on your limbic system where things like your fear, anger and sadness are stored. While it is otherwise normal to feel some of the emotions that arise from your limbic system (for example, you may feel angry when seeing some injustice done), it is not normal to feel these things most of the time. However, when we watch rapid moving theater style entertainment, the limbic system is activated, while the frontal lobe is suppressed, rendering us unable to reason rationally, or process anything that we are seeing. Thus, the content goes straight through us, into the fiber of our beings in a heightened state. After a while of constantly watching this material, our limbic system is always active, and our frontal lobe is mostly always suppressed. Since our spirituality is housed in the frontal lobe, if this is suppressed, we will not have a desire to want to know spiritual things of God, but we will only continually have Satan’s nature that derives from a heightened and always active limbic system.

It is no different if a person has been a Christian and then decides to engage in watching content that presents a false gospel. For these individuals, the Holy Spirit may impress on their hears that what they are watching is not of God and that they should turn away from it, lest they stumble. However, a perpetual turning away from the Holy Spirits voice and leading will lead the Christian into the same trap as the non-believer, but there is a slight difference. When Judah turned away from God and turned to false gods and idol worship, they backslid quickly, and at any beckoning from the prophets to turn around and repent, they refused and continued with worshipping false gods. These are people who we might say “should have known better”, but in knowing better, they ended up being worse than the heathens. We find an account of this in Galatians when Paul says to the church of Galatia: “I marvel that you are turning away so soon from Him who called you in the grace of Christ, to a different gospel, which is not another; but there are some who trouble you and want to pervert the gospel of Christ. But even if we, or an angel from heaven, preach any other gospel to you than what we have preached to you, let him be accursed (Galatian 1:6-8 NKJV). The Galatians knew the truth after having heard it from Paul when he preached to them, but when others came in and perverted that truth, they took it and ran with it; and quite quickly were they swayed to a different gospel – which Paul rightly mentioned is not a different gospel because there is only one, but these false teachers were perverting the true gospel, and that is what Satan is still doing today through the entertainment industry.

True Author and inspired by: God the Creator